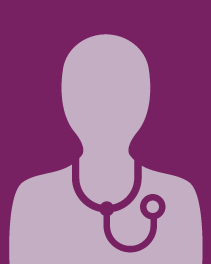 Stephen Jackman, MD, is a surgical oncologist focused on urology. His areas of specialty include surgical techniques involving advanced laparoscopy, robotics, and stone disease. Dr. Jackman is an Associate Professor of Urology at the University of Pittsburgh School of Medicine.

He came to Pittsburgh after serving our country, most recently as chairman of urology at the Navy's flagship hospital in Bethesda, MD. In the Navy, he founded laparoscopic urologic surgery programs at both the Naval Medical Center Portsmouth, VA and the National Naval Medical Center in Bethesda; he also performed many of the first advanced surgeries at both. In addition, he led the team that completed both the first laparoscopic and robotic prostatectomies in the Washington, DC area. In Bethesda, Dr. Jackman also served as urologic surgeon for our nation's leaders, treating numerous members of Congress, White House and Supreme Court staff, diplomats, admirals and generals.

After earning his medical degree from Yale University, Dr. Jackman completed his surgery and urology residency training at Johns Hopkins University. Dr. Jackman serves as an Associate Professor of Urology at the University of Pittsburgh School of Medicine.